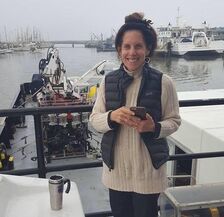 Fran Spector Atkins is the Artistic Director and Founder of SpectorDance, located in Marina, CA. SpectorDance's mission is to provide excellence in dance training and performance, accomplished by offering a wide variety of activities that connect diverse artists and audiences, bridge disciplines through collaboration, and celebrate the power of art to inform and inspire. SpectorDance’s vision is to create socially relevant art, expand community, ignite creativity, and fuel the human spirit. To carry out its mission, SpectorDance has a School, Company, SpectorDance On-Site, the Choreographers Showcase, and the Sadie Rose Residency Program. The company's repertoire focuses on contemporary dance that integrates music, spoken word and visual technology, and focuses on socially relevant topics.

Collaboration with outstanding non-arts organizations is key to every Company project. ​Examples include Common Ground, a collaboration with the United Farm Workers, about California agriculture; East West, a collaboration with Rancho Cielo about gang violence; Ocean our first collaboration with Monterey Bay Aquarium Research Institute (MBARI) about the state of the world ocean based on filmed interviews with renown ocean scientists, and Ocean Trilogy, a continued dance-science partnership between SpectorDance and MBARI, highlighting hopeful possibilities for ocean health from cutting-edge ocean science research.. The company was selected by The Arts Council for Monterey County as the Outstanding Arts Organization in Monterey County in January 2007 and was a national finalist for the Ovations TV award for Excellence in the Performing Arts.

Spector Atkin’s professional credits include a B. S. in Occupational Therapy from Boston University, an M.F.A. from Mills College in Dance and Choreography, and Certification in Laban Movement Analysis from the Laban/Bartenieff Institute of Movement Studies in NYC. Spector Atkins is an ABT® Certified Teacher, who has successfully completed the ABT® Teacher Training Intensive in Pre-Primary through Level 3 of the ABT® National Training Curriculum.

Spector Atkins began her professional career in New York City, where she performed with the Incredible Journey Dance Company and the Mariko Sanjo Dance Company. Since 1977, she has been an independent teacher and choreographer and directed studios in NYC, Cleveland, and Monterey. She has been invited to teach, choreograph, and perform throughout the United States and abroad. Some of her outstanding experiences include guest teaching and presenting her choreography at Oberlin College, Brown University, at the Smithsonian in Washington, D.C., the Aquarium of the Pacific in Long Beach, and in Denmark, Egypt, England, Israel, the Island of Guam, Taiwan, and Italy.  In Fall 2018, SpectorDance Company will perform at the New Victory Theater in Santa Barbara, and In Spring 2019, at Stanford University in Palo Alto and at Sunset Center in Carmel. 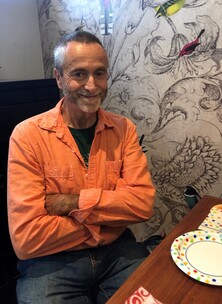 Roger D. Stewart, Ph.D., SpectorDance Board Chair, is a Management Consultant. He is focused primarily on improving SpectorDance’s organizational structure, efficiency, information management, and financial oversight. He served as Associate Dean at the Loyola Marymount University School of Film and Television. Previously he worked for many deans for over more than thirty years at the University of Southern California. He was Executive Associate Dean of the Dornsife College of Letters, Arts and Sciences and was responsible for a half billion-dollar annual budget, staff personnel, technology, and facilities. He is a graduate of Goddard College, Harvard Divinity School, and Boston University. 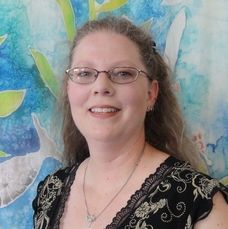 Amy Byington was trained in dance (ballet, jazz, modern, character and tap) at the Royal Academy of Fine Arts in Houston, Texas, Joffrey Ballet School ,and Broadway Dance Center in New York.  Amy came to SpectorDance in 2006 to share her love of dance by teaching ballet classes to all ages.  In 2009, she accepted the role of Assistant School Director, 2015 Director of the Youth Company, and in 2017-2021 School Director.   Amy holds a B.S in Marine Science from Texas A&M University and a M.S in Marine Science from San Jose State University.   She is a senior analyst and research technician at the Marine Pollution Studies Laboratory at Moss Landing Maine Laboratories. 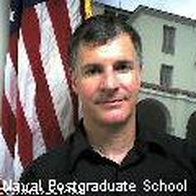 Jonathan Lipow holds a PhD in Agricultural and Natural Resource Economics from the University of California–Berkeley, and is currently a professor at the Defense Resources Management Institute located at the Naval Postgraduate School in Monterey, California. Jonathan has conducted numerous overseas assignments for the Department of Defense, and in 2014 was awarded the Secretary of Defense Medal for the Global War on Terror in recognition of his contributions to US national security. Jonathan recently published his first book, Survival: The Economic Foundations of American National Security (Lexington Books, 2016). 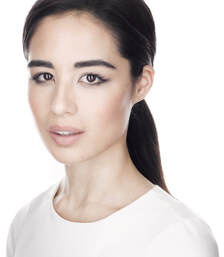 Alexis Han-Holdren is a writer with a BA in English Literature (King's College London), an MA in Dramatic Writing (Central Saint Martins/Drama Centre London), and an Associate Degree in Psychology (Monterey Peninsula College) to be received summer 2021. Alexis also has experience and training in acting, dance, research, film production, canine behaviour, and customer service. Her writing skills include prose, playwriting, screenwriting, editing, critical analysis, branding, script coverage, and web content. She has been taking ballet classes with Fran and Amy for over a year and is thrilled to join SpectorDance’s board as she really believes in the organization’s unique work, purpose, and meaningful contributions. 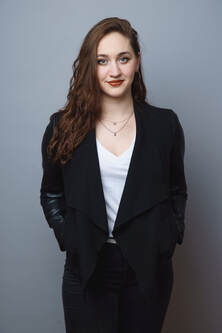 Shany Dagan is a Proud Israeli- American Dancer Choreographer, and Aerialist. She holds a Degree in Dance and Musical theater - from the American Musical and Dramatic Academy in New York City. Shany trained at Broadway Dance Center- at the Professional Semester as well as the Warehouse Circus Intensive Program. After serving 3 years in the IDF (Israeli Defense Forces) while continuing her dance training in Tel Aviv, Shany moved to the United States to pursue her performance career and has performed nationally and internationally over 30 states in the past few years.
Credits include: Little mermaid-played Adella (The Fireside Theatre), Christmas Wonderland National Tour and Le Grand Cirque (Dublin Productions), RWS & Holland America Cruise Line, Dancing With The Stars- ISR, NY Horror Festival, The Dreaming (LIC Theatre), France and Holland Jewish community International Tour, Vassy's 'Concrete Heart' dance video, Danced on NBC on Red Nose Day, and The Collaborators with Rachelle Rack. etc.
In 2018 Shany joined SpectorDance company, under the lead of Fran Spector Atkins where she performed- Ocean-Trilogy (in NYC) and in 2019 -East-West in Monterey, CA. When not performing, Shany works as a Personal Trainer with over 20 professional fitness and nutrition certifications. In addition to her numerous private clients all around NYC and TLV, she also works as a CrossFIT Coach. 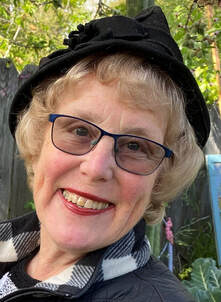 Connie DeNault received a minor in dance education and composition at San Jose State University along with her BS degree in Business Administration. With her creative, independent spirit she created Middle Earth in Motion --A School
of Natural Movement, Tumbleweed Gymnastics Company, and The Art of Moving Through Life which collectively featured small concerts with local Santa Cruz choreographers. In 2002 Connie produced a San Jose State Alumnae Dance Concert honoring the retirement of Dance Department Chair and Dean of Humanities, Mina Garman,  She has organized  several Christmas Dance Concerts at La Posada Senior Center, performances at Santa Cruz Vets Hall and three successful Isadora Duncan Workshops with Master Duncan Dance teacher, Lois Flood. Over the years she has created original choreography using diverse styles and themes such as: the environment, political satire, historic reconstruction, emotional visualization, and literary theatrical narrative.   She has completed several dance oral history projects giving honor to aging dancers and performers. She has a passion for dance history and the evolution of all styles of dance and movement. 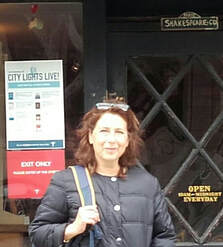